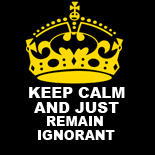 A blog for the British || Foreigners in our own country

“The Muslim faith is very correct. We never attack first.”

It’s surprising how the Muslim Defence League have been able to stay out of the media spotlight for so long, especially when we’re reminded how fascist and racist the English Defence League are every day of our lives. Shockingly, very little information exists on the ‘MDL’.

As patriotic British people, we are made to feel as though it is our fault that ‘multiculturalism’ (which was forced upon us) has failed and how the poor, innocent Muslims are made to suffer oppression and subjugation when in reality it is us being made to suffer those things.

Muslims have always thought of themselves as fighting oppression and will continue to do so until they have wiped out or converted every non-Muslim on the planet.

They are even willing to welcome EDL members they normally regard as racist scum into their ‘peaceful’ religion.

Political correctness has gone mad and it’s obvious there’s something very wrong with this country when it’s now racist to carry a Union Jack.

Muslims are trying to destroy our race, our culture and our way of life. If they really wanted to integrate they wouldn’t keep trying to impose their views on us and moaning about racism whenever someone opposes them.

It seems as though we have two options. Submit to Islam or be labelled a racist and locked up for inciting racial and religious hatred.

this is... The Neighborhood

the Story within the Story

"Government, even in its best state, is but a necessary evil; in its worst state, an intolerable one." Thomas Paine